Having just got back from an incredible winter doing my BASI levels 1 and 2 and working with Altitude, all I can think about is how much I am looking forward to going back next year and skiing again. I have had some amazing skiing days, met some really fun people and loved every minute of it! 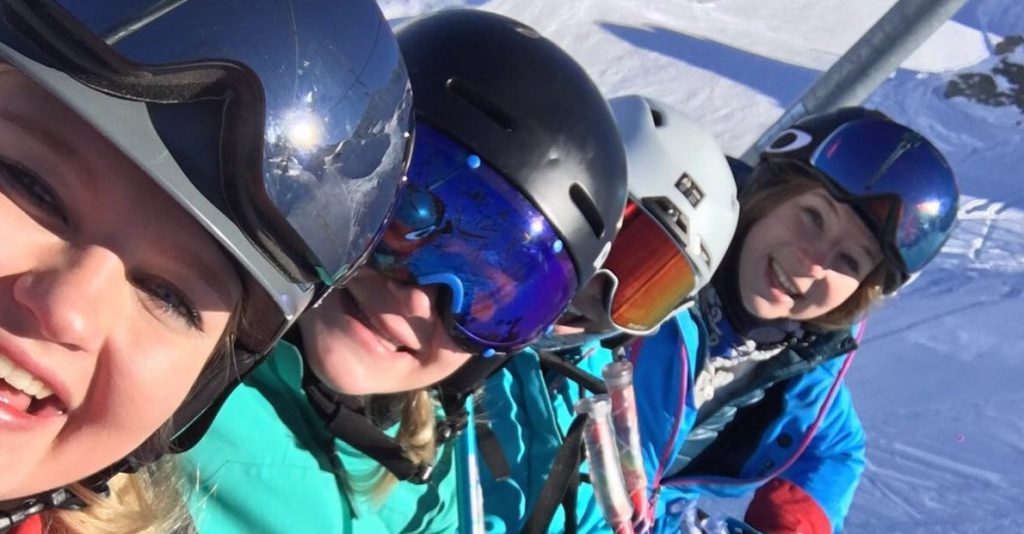 Just after arriving we were taken to the Pub to meet everyone. One of the nicest things from the start was how there were so many of us with Altitude, not only the people on our course but also those training for higher levels and all the ski school instructors!

Starting our first day training with a throw and catch while skiing exercise was probably a good thing because it meant there were no secrets about our lack of coordination for the rest of the course..! During the ten weeks there was never a dull day, training was always very thorough and it was so satisfying seeing how much everyone had improved by the end of the course. It was great getting to know the resort so well, on some days we would be taken across into the other valleys or down itinerary runs, and most importantly we discovered the best places to go for lunch which ended up in us always racing each other down the mountain to get the best sandwich.

We got to spend time as a group with our instructors on skis and off skis in the evenings, they all had their favourite activities with Sandy taking the lead in bowling, Harry with the darts tournament, Sammy with chairlift karaoke and Ross winning the fancy dress by skiing in a kilt on the last day. The big challenge however was towards the end of our training where we all set off walking up the Mountain with head torches for an amazing fondue followed by a very competitive toboggan race back down which had to be one of the funniest things all season!

We couldn’t have been luckier with our accommodation, being just off the slope above Medran lift station was ideal and provided some great entertainment whenever we were trying to walk back up the slope to get home. We had an amazing cook, Megan, who would cook us delicious meals during the week and made sure that breakfast and supper were always something to look forward to.

One of the things that made it all so great was the endless range of things to do, nearly every weekend there was something new going on in Verbier whether it was the Audi Quattro ski races, the Boss des Bosses or Mardi Gras and of course there would always be something fun happening at Pub!

After our course had finished, some of us got the opportunity to work as instructors for the half term week, I had so much fun shadowing other instructors earlier in the season but it was really exciting wearing the uniform and being able to take the children I was teaching up the mountain for their first time was great!

Thank you so much to everyone at Altitude, especially our instructors (Sandy, Sammy and Ross) for all their hard work, Harry, Jon and Laura for organising it so well and Megan for the best ever cooking! I cannot thank them enough for such a great season!