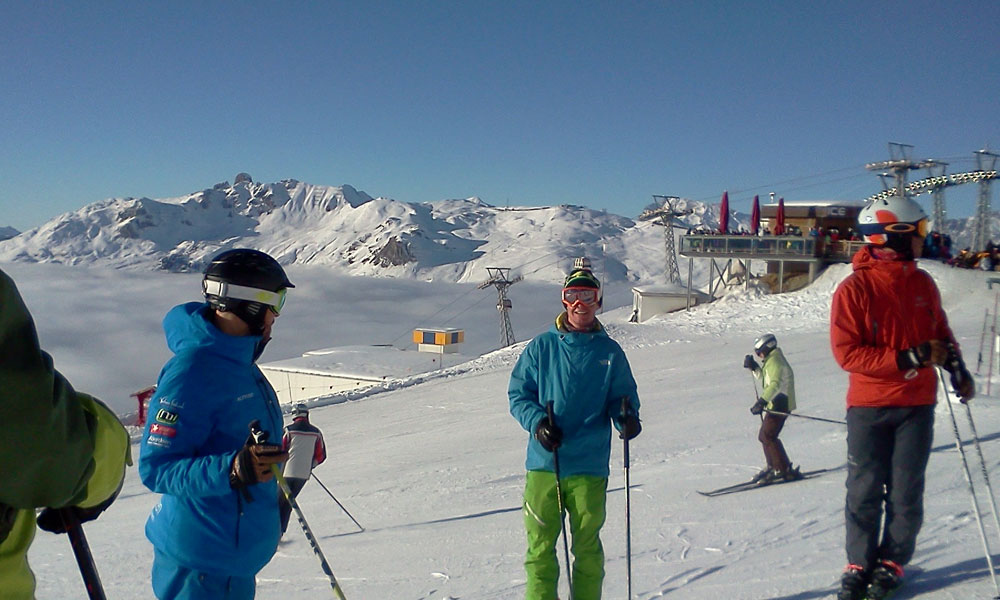 It’s been a while since any of us wrote so there’s a lot to tell. The first week of January saw a return to training after the Christmas period, Harry and Jon resumed the ski improvement training where we left off before Christmas and everyone found change easy to come by.

The second week we were mainly trained by Sega, a former British ski champion. We used brushes and other fun exercises to improve our edge control and took advantage of the empty slopes to up the speed a little!

The third week of January was a rest/freeskiing week, the weather coincided perfectly with this week and we got close to 2 metres of much needed snow to play in, this week was rounded off by helping the people on the gap course celebrate passing their level 2, more details from this night you say?…not on the internet!

Stack of the season award

That brings us to last week, this started with bumps training in the afternoons with Harry, and with the season over half way done Will, Gabe and Brooks began the battle for the “stack of the season” award; Brooks tried to bury himself under a rock on flat run at the top of the Chassoure itinerary, Gabe went for the Superman double ejection in the bumps and Will got halfway down Mont Fort and decided he’d rather ski down on his face! If you’re not falling you’re not trying hard enough though right? The weather last weeks was perfect blue skies which was great for everyone trying to maximise training before the March exams, a few park laps, and a couple of drinks in the sun at 1936.
Author
Chris Brown