We spent two weeks fulfilling the shadowing requirements of the course, which involves going along with group ski lessons and learning from the methods of the Altitude ski instructors. All the group lessons we shadowed with one exception each week were with children, ranging mostly from 3 to 13.

I thought that I had struck lucky when I discovered that for the first week I was to shadow a ski group of 7-12 year olds, who were the top group that were running that week, but I had an amazing time with my second group, some 3 year old beginners, too. It was incredibly rewarding to take a girl, who at the beginning of the week had never stood in skis, up the button lift on the nursery slope and have her following me all the way down. On some afternoons in the second week I was with a small group of some also very strong young skiers, and had a great time with ski instructor Alexander Carlsson, who also gave me some useful tips on my technique, particularly in the bumps, where he has had experience with some of the Swedish national mogul ski team. I was impressed too by the energy levels of the all the ski instructors, as while we see them out most nights, they were always fresh and rosy straight through from the morning until the last lift, and I aspire to maintain enthusiasm as well as they all do!

After our meeting with our GAP coach Harry Steel on Friday afternoon we all agreed that we had genuinely enjoyed the experience, and had learnt a lot. It was also nice to get some actual practise as a ski instructor, as I think all of us had opportunities to teach short sessions within the week, although I was thrown in the deep end a little when asked to teach and demo dolphin turns! To top off a great fortnight, and to mark the halfway point of our ski instructor GAP course, we all headed down to the Farinet for some apres-ski after saying goodbye to the kids at the prize giving, where Altitude covered quite a few jugs of beer for us all! 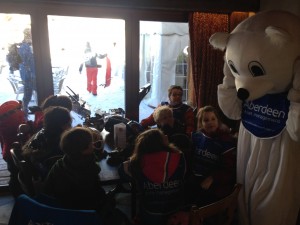 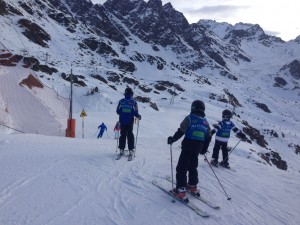