The All Blacks teaching usBLOG 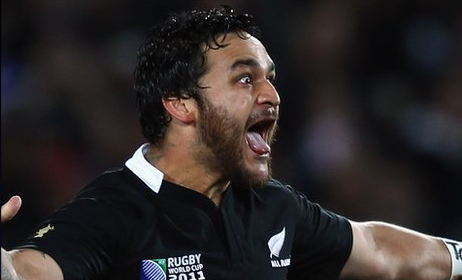 Wow.  That was one of the best rugby performances I’ve seen.  The All Blacks were imperious.  Despite all the talk this week, of Carter out, McCaw’s injury and their history of choking, they outplayed the Wallabies in every part of the game.

Now, you might be wondering what I’m doing chatting about rugby on a ski blog, but bear with me, for there is something we can take from this.  The All Blacks have been the best team heading into the World Cup for the past 12 years, so why haven’t they won before and what’s changed now?  And why should a skier care?

The difference this time round has been preparation, maturity and composure.  Make no mistake, the All Blacks training, conditioning and psychological preparation is what turned their talent into success, and it is this that we can take into skiing.  I am well acquainted with another successful Kiwi sporting phenomenon – the Freeride skier Sam Smoothy (ironically, I met Sam in 2007, the year the All Blacks incomprehensibly crumbled before the French!).

I’ve asked Sam about the differences between his successful times and his bad ones.  His talent doesn’t change, but what does is everything else in his life – the preparation and the professionalism.  Let’s look at the All Blacks’ most unlikely hero: Piri Weepu.  Weepu has been in and out of the All Black team for years – a frustratingly talented player who wanted to do it his way, and wouldn’t toe the line.  He was left out of the 2007 World Cup team because of “attitude.”  The last year has seen a change, as he has worked hard to get back in the team, training out of his boots and becoming a true professional.  The game against Argentina was his masterclass, as the took pressure off Slade, then Cruden, and conducted a team that was looking nervous.  What’s changed for Weepu is his approach – he knows that mistakes happen, but by preparing physically and mentally, he can give himself the best chance of success.

The same goes for Sam.  Whilst he admits he loves the party lifestyle, his true passion is the snow, “Lizarding is all good, but there’s nothing better than getting first lifts, going for a hike with your mates and skiing incredible lines. If you’ve been out on the hero-juice the night before, you’re not going to enjoy it as much, you’re not going to train as much or as well, you’re not going to learn as much. You skip days, get less time on the snow. And whilst partying with your mates is fun, it’s important to remember that you’ve saved and worked and put up with cr*p so that you can go skiing.  Sometimes you have to remind yourself of that when you’re settling down in the Farinet Lounge with a mojtio and a promotions girl.”

And it’s hard with the temptations and culture of the ski lifestyle.  “At the end of it, I’m a professional athlete,” continues Sam, “And I have to behave as such.  If I want to be the best in the world, I have to be at my physical peak to deal with the forces and impacts of skiing.  I have to make split-second decisions that could win me a comp, or be fatal.  And my body needs to have what it needs to repair after injury.”

That last point is where the maturity comes in.  “Previously, if I was injured, I’d get frustrated – my competition was out skiing and I was getting out of shape.  To cheer myself up, I’d spend all my time partying.  But that didn’t help.  It slowed my recovery, stopped me making the most of the time I had to do other things – meet sponsors, write, catch up on admin.  And a level of depression can set in.”

Now, he takes a different approach.  “I’ve accepted that injuries are an inevitable part of the career I’ve chosen, so I do what I can to minimise them by looking after myself off the mountain.  I’ve got excellent medical support from physios, doctors and personal trainers.  I put in the time conditioning in the gym, doing yoga, and spending days training on the mountain to work on little things that will make me a better skier and make the difference.  And when injuries do occur, I recover well, keep up with the physio and train what I can to ensure that when I’m back on the mountain, I don’t have any niggles and I’m as strong as possible.”

So that’s what we can learn about skiing from the All Blacks – professionalism, maturity and training will prepare us to make the most of our time on the mountain.