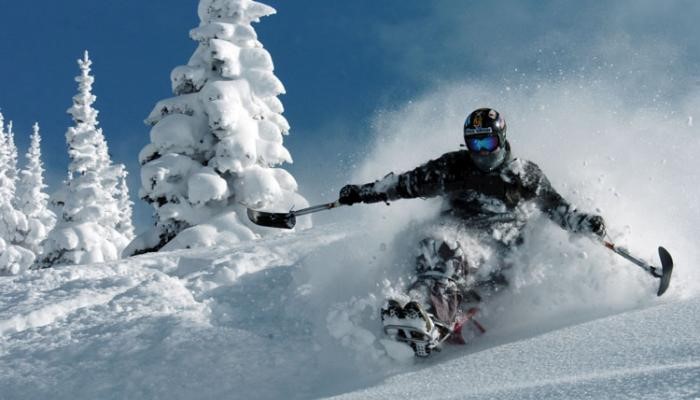 Recently, I completed my Level 1 Adaptive Course. In order to complete ISIA Level 3 one must have a second discipline. This can be in a number of different fields: snowboarding, telemarking, nordic or as I chose, adaptive.

Adaptive skiing uses special equipment to give those with a disability, either physical or mental, the experience of skiing. I should say, prior to starting this course, I had no knowledge of the array of different disabilities or how to teach someone with a disability to ski and at this level you aren’t expected to. So, for anyone worried about having such prior knowledge just turn up with a good attitude and a willingness to learn and you’ll be fine.

I chose the course for a few reasons. First, I have taken a greater interest in adaptive sports since the Paralympic games London 2012 which captivated audiences globally. Moreover, I knew that a piece of equipment existed allowing for a person with a disability to ski but the mechanics of how it worked was a mystery to me. Finally, I felt it would be a great challenge to learn a completely new set of skills that would then give me the opportunity to give someone else the experience of a sport they might never have thought was an option for them.

I have to say this was a great course and huge credit must go to our examiner/trainer whose gung-ho attitude towards getting us driving or being driven in the various bits of kit was instrumental to our learning curve. The first couple of days was spent getting to know the kit and adapting to a different way of skiing. We took it in turns to ‘bucket’ the other person down the hill. This involves one person being strapped into the sit ski or ‘bucket’ as it also known, while the other person has full control by holding the back of the sit ski with their own skis straddling either side. To manoeuvre the sit ski you simply tip it from side to side and match your skis to the movement the sit ski is making. Easier said than done, it should be said, as on one occasion I was left strapped into the bucket careering off piste because my partner had let go of me. The point of all this was to simulate a client who may have no use of their limbs from the neck down and therefore needs to be assisted in such a way. If they can tilt their head in the direction of the turn this is encouraged as it gets them more involved and actually really helps the skier behind who is in control.

As we moved into the latter half of the week, we started to use a piece of equipment designed to give more independence to the skier: handheld and fixed riggers. The handheld riggers are essentially a crutch with a small ski and a brake on the end. This is for those who have good upper body strength but perhaps sustained a spinal cord injury which has left them paralysed from the waist down and therefore they need to be in a sit ski. As the instructor, we are attached by a rope to the ski they are sat in and simply provide the necessary support. In some cases this might be very little as the person has sufficient upper body strength, in other circumstances more support may be required to keep them upright.

The fixed riggers are a set of skis maybe thirty centimetres long that attach to the underside of the sit ski and act in a similar fashion to stabilisers on a bike. The sit ski can be tilted by the skier from one side to the other without falling over. We, as the instructors, are providing support again through the use of the ropes which are attached to the sit ski. In this instance, the skier in the sit ski can influence the direction they travel by tipping their body in the desired direction but their speed control is our responsibility. In all of these scenarios, their is a strong sense of teamwork between the instructor and the skier. The goal is to give as much independence to them while keeping the lesson safe, enjoyable and preventing further injury.

In terms of being assessed for this course, the examiner looked at our technical control steering the sit ski through bucketing or with the use of ropes. We were also assessed on our ability to choose the correct kit for a lesson depending on what suited the client best and how we manage teaching clients with learning difficulties in particular: Aspergers, Autism and Down Syndrome. On the day of our teaching assessment for learning difficulties, our examiner drew on his own personal experiences from several years teaching this sport to give us the most realistic experience of teaching. He had a somewhat chameleon-like ability to take on some of the characteristics you might encounter from someone with the previously mentioned learning difficulties. This manifested itself as tantrums, swearing, inappropriate personal remarks and my own favourite, skiing off without the instructor. As a side note, obviously not all those with these learning difficulties display such behaviour. Having worked as a Teaching Assistant in  a Secondary School for a year, providing support to children with Autism, I found they were engaged, interested and enthusiastic about the tasks I was endeavouring to help them with. The idea is to be prepared for a worst case scenario. All six of us on the exam were presented with these issues to deal with and it is quite remarkable how quickly you forget you’re lesson plan when someone isn’t behaving as expected. We were assessed on how we managed this behaviour using discipline systems and reward schemes to engage our student. As challenging as this was, it was a taste of reality because on successful completion of this course you would be expected to go and teach a lesson. Unless you have some prior experience of this behaviour, the first time you encounter it could be a bit of a shock to the system.

My final thoughts are of a contemplative nature. There has been a tonne of discourse on the topic of disability in the last decade and in particular how we as a society perceive and understand it. Even the word itself, disability, has been picked apart by those far more intellectual than I. They assert, that it has negative connotations and we should look at disability, not as an inability to do an activity but to be otherwise able in that activity. I leave you with this. In March 2004, a former freestyle skier and coach from Canada misjudged a jump and broke his back leaving him paralysed from the waist down. He later went on to win silver at the 2010 Winter Paralympics and land the first ever backflip in a sit ski. If that does not demonstrate a special ability rather than disability then I don’t know what does. 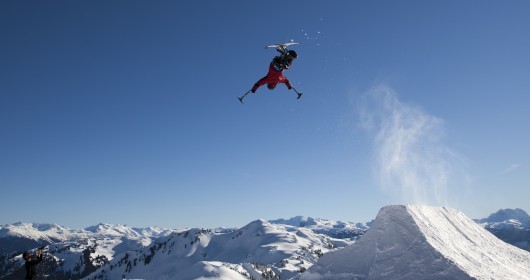